Laminate flooring was created by Pergo AB, a Swedish company in 1977. Pergo AB was originally a part of a company called Perstorp AB that was founded more than a hundred years ago and in 1923 figured out a process by which laminates could be used as tabletops. It wasn’t until 1994 that the Pergo AB’s laminate flooring found its way to the United States.

Laminate flooring is a product that is incredibly durable and is made to look like genuine wood and stone. It is made of several different layers that are amalgamated together. The layers included in laminate flooring include the following:

The Wear Layer: this is the layer that you walk over. The wear layer is typically made from cellulose paper. This paper has been saturated with melamine plastic resins. These resins are what make laminate flooring resistant to scratches.

The Design Layer: The design layer is the layer that you actually see. It is usually a print of a pattern or photograph that has been copied onto the cellulose paper. It is actually underneath the upper melamine layer which means that the image can’t fade, get scuffed or be marked up.

The Core Layer: The core layer is the literal “core” of laminate flooring. This is the layer that has some kind of particle board that has been processed. The core layer comes in a variety of thicknesses and strengths.

The bottom or some of the different kinds of laminate flooring have an underlayment attached. This attachment was created to both cushion the flooring and to absorb sound. Often this layer is made from foam, felt, cork or something similar.

Laminate flooring is now one of the most popular forms of flooring in the world. It is incredibly durable and is much easier to install than other types of flooring that are available. Now there are a number of different manufacturers of this kind of flooring and the market is so saturated with product that the prices have fallen considerably since the product was first released to the public. For home builders or remodellers on a budget, laminate flooring is a fantastic way to go.

You may have missed 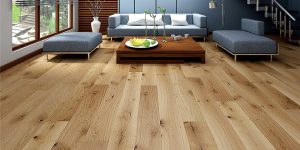 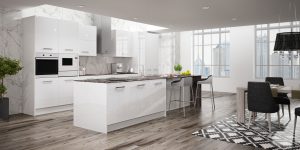 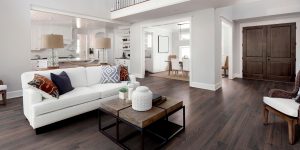 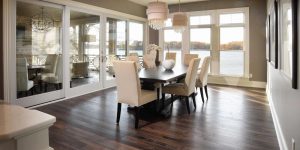